The Chilean National Energy Commission announced it has adopted Ethereum’s blockchain technology in March and became the country’s first public entity to do so.

Andrés Romero, the executive secretary of the National Energy Commission, announced that the regulatory entity is using blockchain technology to certify the quality and certainty of the open data of the national energy sector. The Open Energy platform (Energía Abierta) has adopted the innovative process in March 2018.

Chile’s energy regulator has begun authenticating data on the blockchain platform, including marginal costs, fuel prices, compliance with the renewable energy law, and average market prices. The executive secretary of the CNE explained that blockchain will improve the security of energy data published on the platform of the regulatory body. The impossibility of altering the information on the database ensures the data will not be modified since its inception without the consent of those involved in the process.

“The National Energy Commission has decided to join this innovative technology and we have decided to use blockchain as a digital notary, which will allow us to certify that the information we provide in the open data portal has not been altered or modified and left unalterable record of its existence,”

“public information is an important input for the decision making of investments and energy projects and many of our users use this information to decide technical, economic and labor aspects. That is why, through the use of this technology, we will raise the levels of trust of our stakeholders, investors and the general public that consumes the data delivered at www.energiaabieta.cl.”

Chile, one of the most developed countries on the American continent is very supportive of business and innovation, but it is in a kind of regulatory limbo when it comes to digital currencies. There is some tension between the cryptocurrency community and the banking industry, and the government seems to be taking the side of the latter. Chilean cryptocurrency exchanges have had bank accounts frozen. In response, they have been pleading for fair regulation so that the Association of Banks and Financial Institutions (ABIF) makes its position transparent. They have accused the Chilean regulators of being only a few who want to prohibit access to the technology for the majority.

Meanwhile down south near Valdivia a community on Fort Galt, designed for entrepreneurs to work without restriction, will be hosting a Cryptacademy to educate locals about cryptocurrency. 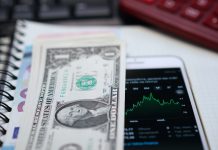 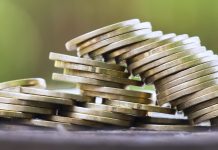 Leading Web3 projects join forces to power the future of mobility in a €20+...